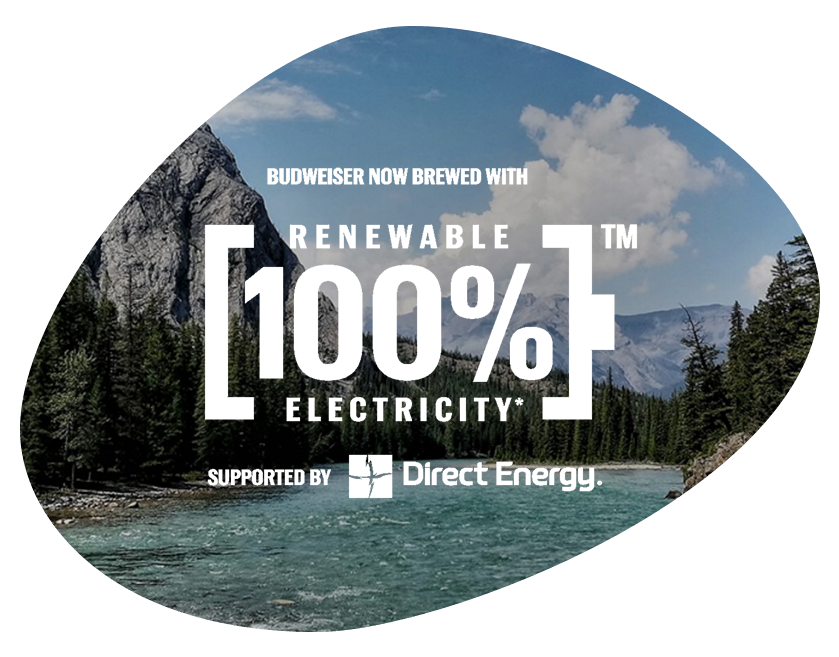 *Budweiser has partnered with Direct Energy to receive ECOLOGO Certified Renewable Energy Certificates from wind, hydro, or biomass sources equivalent to the electricity used in the brewing process to brew Budweiser in Canada. Electricity is one type of energy we use to brew. Learn more at Budweiser.ca/bettertomorrow

Brewed for a Better Tomorrow

As part of a global initiative since 2019, Budweiser Canada is brewed with 100% renewable electricity supported by Direct Energy, one of North America's largest retail providers of electricity and natural gas.

Budweiser, the King of Beers, believes it can brew the highest quality beer while contributing to a brighter, cleaner future. By 2025, all Budweiser around the world will be brewed with 100% renewable electricity, which is in line with its parent company AB InBev's commitment to achieve 100% of purchased electricity covered by renewables by the same year. Budweiser sells 41 million bottles of Budweiser on average every day, so Budweiser's commitment will equate to taking 48,000 passenger vehicles off the road every year!

"Beer is intimately tied to the environment it comes from and brewing our beer relies on a healthy environment," said Todd Allen, vice president of marketing, Labatt Breweries of Canada. "Through this initiative, we can make sure that every watt we use to brew Budweiser helps green Canada's electricity grid and contributes to our long-term business sustainability."

Through the Direct Energy partnership, Budweiser Canada receives ECOLOGO Certified Renewable Energy Certificates, equivalent to the electricity used to brew Budweiser. The Certificates are supported by Direct Energy and are sourced from across Canada from 100% renewable biomass, hydro-electric (water) and wind power sources. The quantity of renewable electricity represented by the RECs to be supplied by Direct Energy is estimated to be approximately 25,870 MWh annually. 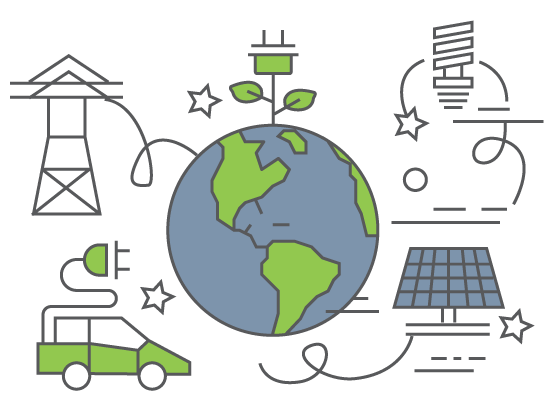 When it comes to saving our planet, every little bit helps. Selecting a Green Option from Direct Energy is an easy way to contribute to renewable sources.

Here's how it works:

Select an electricity plan or energy bundle and term that best suits your needs.

You have the option to pick your percentage of Green energy.

Tell us where you want your energy plan setup. (address + site ID)

Have a question about a plan or need help placing an order?

To enroll, you will need:

Keep an eye on your inbox for more information.

Are you on the right Direct Energy site?

Please select the location you're in